Close to the Orchard Road area

New Futura @ Leonie Hill Road is launched by developer CDL in prime District 9 in the second half of 2017.New Futura condo will comprises two 36-storey towers with a total of 124 units and make its own prime address along Orchard Road area. Construction is expected to be completed later this year.

It was previously reported that CDL jointly purchased the collective sale site with El-Ad Group for $287.3 million ($1,179 psf) in late 2006, but the Israel-based American firm later sold its 50 percent stake to CDL.

There will be a range of unit types, including two- to four-bedroom apartments and five-bedroom penthouses from 1,098 sq ft to 7,825 sq ft. All apartments will have private lift access.

Wong Xian Yang, Head of Research & Consultancy at OrangeTee said that New Futura by CDL has not much information is currently available, but he estimates average selling prices to be upwards of $2,700 psf.

He explained that supply of new projects in the Core Central Region (CCR) remains relatively limited, as most completions in recent years have been concentrated in the Outside Central Region (OCR). 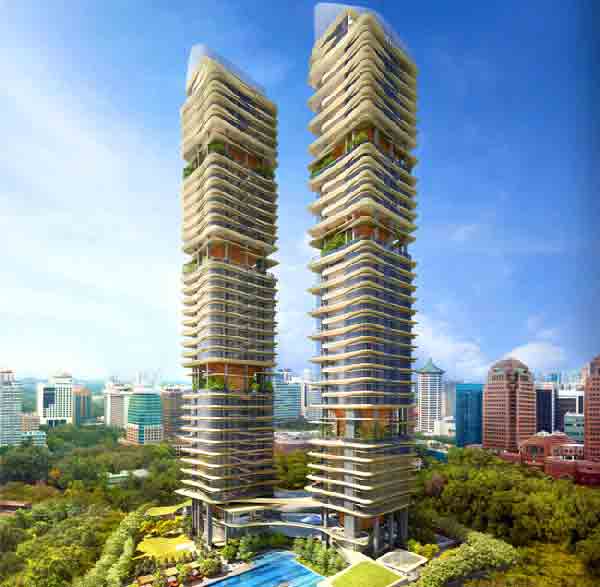 Aside from New Futura @D9, the only other major project to be launched in the CCR this year is GuocoLand’s 450-unit Martin Modern in Robertson Quay, which is expected to have a lower average price of about $2,300 psf.

In terms of pricing, Wong thinks the luxury property market may stabilise sooner as prices in the CCR have not increased as much compared to the other submarkets during the last property boom.

“During the property boom of 2009 to 2013, CCR prices only rose 48 percent, whereas RCR (Rest of Central Region) and OCR prices rose 61 percent and 75 percent respectively over the same period.

“The implementation of the Additional Buyer’s Stamp Duty and loan curbs hit the high-end market harder compared to the other submarkets due to their higher prices and higher proportion of foreign demand in the CCR,” he said.

Echoing similar sentiments, a spokesperson for CDL noted that prices in the high-end market are showing signs of bottoming out, with increased buying interest for luxury developments.

“Analysts have indicated that with liquidity aplenty and waning concerns over the supply situation, buyers are more optimistic and coming back to the market.

“For certain premium upmarket projects like CDL’s Gramercy Park, we have even seen a pick-up in pricing from over $2,600 psf to $2,800 psf,” said the spokesperson, adding that to date, 74 units (85 percent) of the 87-unit North Tower have been sold, while 13 (65 percent) of the 20 released South Tower units have found buyers.

According to Wong, prices in the CCR could potentially lead the next price rally if the property cooling measures are gradually removed.

New Futura and Martin Modern in District 9 are expected to get the healthy sales when the market ..