CITY Developments Ltd (CDL) moved 18 units of its high-end condominium project New Futura at an average selling price of S$3,200 per square foot (psf) on the first day of launch on Thursday.

Market watchers have described this as a decent showing at the Leonie Hill Road freehold development, given that most of the units sold were the three- and four-bedroom ones. 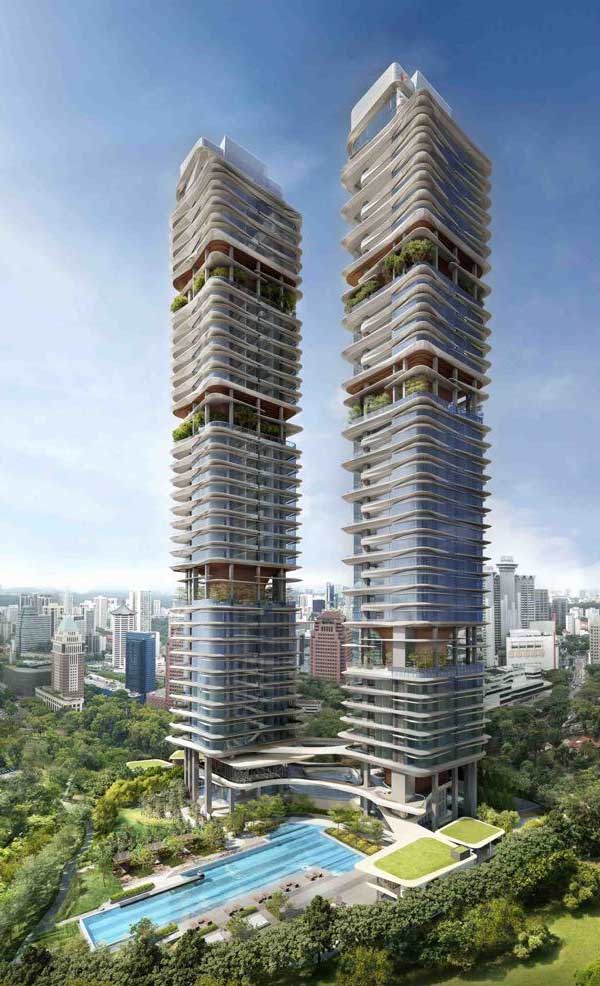 The units released for sale were in the South Tower. Prices start at S$3.8 million for a two-bedroom unit and go up to S$6.9 million for a four-bedroom one. PHOTO: CDL

CDL said only 25 units were released during the private viewings on Thursday. A third of the buyers were Singaporeans and the remaining two-thirds were Singapore permanent residents and foreigners.

A spokesman said: "We are very encouraged by the positive response for New Futura. It is a highly-anticipated brand new luxury project with just 124 exclusive units on a site area of 87,000 sq ft."

JPMorgan property analyst Brandon Lee estimated that a pre-tax profit margin of 35 per cent can be clocked, based on an average selling price of S$3,100 psf. Units in nearby projects Gramercy Park and OUE Twin Peaks were recently sold at S$2,800-S$3,000 psf and S$2,700-S$2,800 psf respectively.

Mr Lee suggested that upcoming projects in the vicinity such as 8 Saint Thomas, Paterson Collection and One Tree Hill may be launched earlier than their previously announced targeted dates to capture the positive buying momentum, and ongoing en-bloc projects may draw more interest from developers.

In the prime Core Central Region (CCR), there could be up to nine sites offering close to 1,400 units in the first half of 2018, said luxury residential brokerage List Sotheby's International Realty, Singapore.

Most consultants are expecting high-end projects to perform well this year. Lee Nai Jia, who heads research at Edmund Tie & Company, said he expects the number of foreign purchases will continue to grow.

According to List Sotheby's, the number of luxury apartments (above S$5 million) bought by foreigners and permanent residents in Singapore's CCR last year more than doubled to 202 units.

Leong Boon Hoe, chief operating officer of List Sotheby's International Realty, Singapore, said: "As the Singapore economy recovers and stabilises, we expect the property market to continue to grow at a steady rate, and in particular, for the luxury property sector to lead the market."

New Futura and Martin Modern in District 9 are expected to get the healthy sales when the market ..